The Archaeology of the Lewistown Narrows

Heberling Associates worked with the Pennsylvania Department of Transportation to identify and test archaeological sites affected by the planned improvements to US Route 22/322 through the Lewistown Narrows in Mifflin and Juniata counties, Pennsylvania. These included eight precontact Native American sites and remnants of the 19th century canal and associated structures. Our studies emphasized the long and complex history of transportation embodied in the archaeological sites within the six-mile length of the Narrows.

Two of the Native American sites merited more intensive study. HAI’s investigations at 36JU104 revealed traces of over 8500 years of use. Small groups of travelers camped at the site on the way through the region, carrying stone for tools obtained from both distant and local sources. They also made use of a local sandstone outcrop for a variety of disposable tools. Our studies revealed remarkable continuity in the activities of inhabitants throughout the long span of its occupation.

Heberling Associates also documented portions of the Juniata Division of the Pennsylvania Canal that passed through the Narrows, exposing and recording a lift lock and related features. We took a lead role in the design and construction of a public canal park featuring the stabilized lock, interpretive exhibits, and a towpath hiking trail. The results of our work were presented in two booklets in PennDOT's popular Byways to the Past series.. 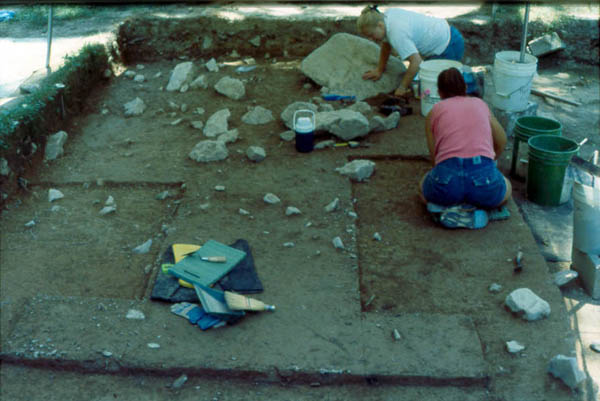