Excavation at the Mykut Rockshelter 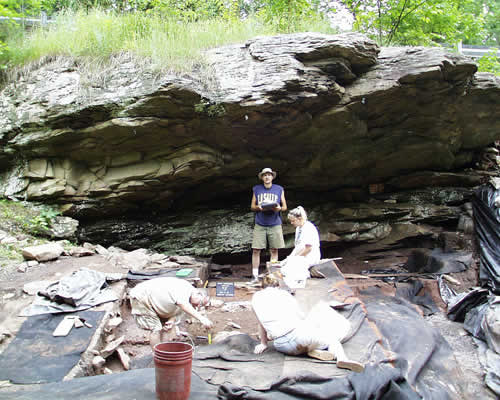 The planned improvements to Little Valley Road in the Lake Raystown area of southwestern Huntingdon County threatened the Mykut Rockshelter, which had been discovered during a preliminary archaeological survey for the Pennsylvania Department of Transportation, District 9-0. The full excavation of the rockshelter by Heberling Associates revealed evidence for more than 5500 years of use by the Native American inhabitants of the region. HAI archaeologists ultimately excavated over 75% of the site and recovered almost 18,000 artifacts, 54,000 pieces of animal bone, tooth, and shell and 23 precontact Native American features, primarily fireplaces. These items reflect at least two dozen individual occupations of a few days by local family or task groups engaged in hunting and butchering deer.

The intensive excavation of the site yielded the most complete record of the daily life of hunting-gathering groups in the region. HAI’s archaeologists obtained new insights into the ways in which people had used the resources of the Juniata Valley and adapted to the changing environment of central Pennsylvania over the course of thousands of years.

The investigations at the Mykut Rockshelter produced unprecedented information in a timely and cost-effective manner, setting a new standard for the study of rockshelters and similar sites in Pennsylvania. 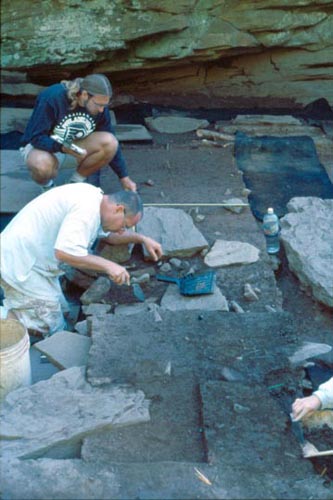